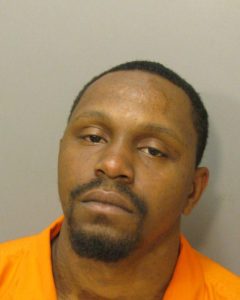 Montgomery County, Ala. – District Attorney Daryl Bailey announced today that Quantez Allen, 34, of Montgomery was sentenced to 625 months (over 52 years) by Judge Greg Griffin, for a Robbery he committed in January of 2017. Allen was a repeat felony offender.

Allen robbed a clerk at the T. A. Travel Center. He threatened her with a knife and stole one thousand dollars.

Bailey said: “I am grateful that we were able to remove another violent offender from our community. Thank you to Judge Griffin for protecting our citizens from this violent criminal.”