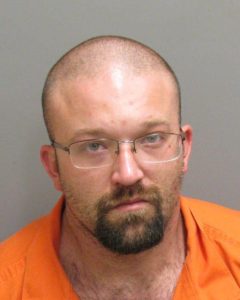 Montgomery County, Ala. – A Montgomery County man will serve more than eight decades in prison for shooting and killing a man, and then setting his body on fire in an attempt to get rid of the evidence.

Christopher Brian Cearley, who was convicted by a Montgomery County Jury of the murder of John Dubose, was sentenced today to 85 years in jail by Judge Johnny Hardwick.

On July 22, 2015, Dubose was sitting in a chair in Cearley’s house on Capitol Avenue, when Cearley walked up from behind him and emptied his semi-automatic weapon into Dubose. Cearley then took the deceased victim to a hay field in Elmore County, where he set Dubose’s body on fire in an attempt to cover up his heinous crime.

District Attorney Bailey said, “This was a truly despicable crime and I am extremely pleased that justice was served in this case. The length of Christopher Cearley’s sentence ensures that he will never be able to harm anyone else, and our streets are a little safer now that this violent criminal has been removed from our community.”