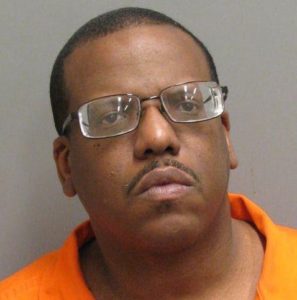 Montgomery County, Ala. – A Montgomery man has been found guilty of shooting and killing his father during an argument over a set of van keys.

Christopher Myhand was convicted of murder this week by a Montgomery County jury. On March 11, 2016, Myhand and his father, Tony Myhand, got into a verbal altercation because the victim was upset that his son would not give him the keys to a recently purchased van. During the argument, Christopher Myhand shot his father, who was confined to a wheelchair, once in the chest and once in the neck.

Myhand said he shot his father in self-defense, but no weapons were found on, near or around the victim at the time of his death. He also attempted to argue that his eyesight was so poor that he could not aim to kill. However, during his testimony, Myhand admitted that he has driven without wearing his glasses or contact lenses and has never caused an accident.

Myhand faces 20 years to life in prison. He will be sentenced on Oct.1, 2018, by Fifteenth Circuit Court Judge Thomas Hobbs.

District Attorney Daryl Bailey expressed his appreciation to Deputy District Attorneys Justin Jones and Ben Gibbons for their outstanding work. He also thanked Investigators JP Wilson, Callie Clark and Natalie Dixon and Det. A.A. Shannon of the Montgomery Police Department for their work in the investigation and preparation of the case.

District Attorney Bailey said: “This senseless murder is a prime example of the often tragic consequences of not thinking before you react. Christopher Myhand will be in prison for a very long time for an act of violence that easily could have been avoided.”