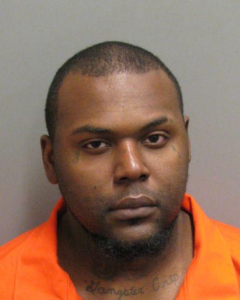 Montgomery County, Ala. – A Montgomery County man convicted of murdering a 6-year-old boy, as well as of the attempted murder of his stepson will spend the rest of his life in prison.

On the evening of Feb. 12, 2015, Daniels and Arrington, who had a history of not getting along, were in a physical altercation in the apartment Daniels shared with Arrington’s mother. Daniels left the residence, but returned a few minutes later and saw Arrington standing in the doorway.

Video showed Daniels make a three-point turn, center his 2004 GMC Yukon SUV with the apartment, and plow through the apartment in an attempt to hit Arrington. Arrington was able to move out of the way before the point of impact, but Aiden Howard was fatally struck.

According to the black box findings from Daniels’ SUV, the vehicle sped up as it went down the street, slamming into the apartment doing nearly 40 miles per hour. The video also showed Daniels walking away after the impact. He was arrested by U.S. Marshals a month later in Georgia.

Daniels was previously convicted and spent time in prison for the beating and burning of a dog named Louis Vuitton in 2007.